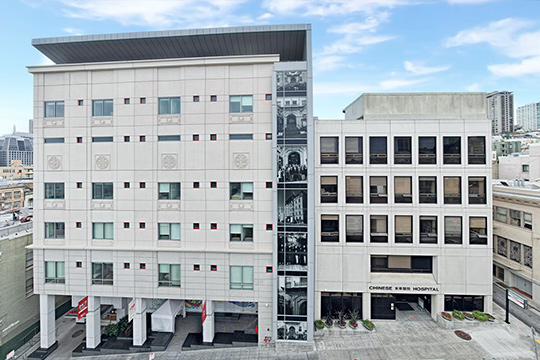 SAN FRANCISCO (KPIX 5) — One of San Francisco’s most densely populated neighborhoods — considered a high risk for the spread of COVID-19 — managed to stay ahead of the curve with the over a century-old Chinese Hospital leading the way.

“A lot of our patients go back and forth between China, Hong Kong as well as the United States,” Dr. Chen said.

Two months before San Francisco sheltered in place, Dr. Zhang pleaded for PPE over social media. Donations from China and the U.S. poured in.

“It was overwhelming support from people all over the world,” she said.

And on local Chinese language media, the hospital spread the word on washing hands and social distancing.

“Jian convinced me use a face mask. I’m very stubborn, I don’t want to use it,” Chan said.

The result: only a handful of COVID-19 infections ended up at Chinese Hospital.

So far, several patients who tested positive recovered at home. The emergency room admitted several others, including some seniors citizens aged 68 years and older.

Dr. Ziang says all of them survived. And none of the patients lived in Chinatown.

In addition, the response to COVID-19 is an example of how Chinese Hospital is extending its reach.

It took in patients from Zuckerberg General Hospital to free up space for COVID admissions.

121-year-old Chinese Hospital has been undergoing a multi-million dollar improvement project over the past several years.

“We want to reach all the members of our community, not just the Asians,” Dr. Chen said.

Still, the hospital remains committed to the Chinese community.

For example, there was concern that half the people who died of COVID-19 in the city were Asian American.

So the hospital recently launched a pilot program with the health department offering free COVID-19 testing and health tracking to SRO tenants in Chinatown.

The hospital said 32 people in one SRO on Waverly Place tested negative last week. The program will continue to expand to other SROs to prevent an outbreak of the virus.

“It’s not over,” said Dr. Zhang. “How do we continue to keep the community safe?”

That remains a focus as the nation’s only independent hospital built by and for the Chinese community keeps its sights on patient care on the streets of Chinatown and beyond.